"They were a boy and girl. Yellow, meagre, ragged, scowling, wolfish; but prostrate, too, in their humility. Where graceful youth should have filled their features out, and touched them with its freshest tints, a stale and shrivelled hand, like that of age, had pinched, and twisted them, and pulled them into shreds. Where angels might have sat enthroned, devils lurked, and glared out menacing. No change, no degradation, no perversion of humanity, in any grade, through all the mysteries of wonderful creation, has monsters half so horrible and dread.

Scrooge started back, appalled. Having them shown to him in this way, he tried to say they were fine children, but the words choked themselves, rather than be parties to a lie of such enormous magnitude.

“Spirit! are they yours?” Scrooge could say no more.
“They are Man’s,” said the Spirit, looking down upon them. “And they cling to me, appealing from their fathers. This boy is Ignorance. This girl is Want. Beware them both, and all of their degree, but most of all beware this boy..."

- A Christmas Carol, by Charles Dickens


One of my most favorite stories is a Christmas Carol by Charles Dickens.  What? Surprised an atheist can enjoy a Christmas story? Or even a ghost story?  Well I can and I do.

The above scene from the Second Spirit, the Ghost of Christmas Present, is telling.

The greatest monster we face today is Ignorance.

As American we seem to want to embrace our ignorance as some sort of badge of honor.  We watch stupid TV shows with stupid commercials for products we don't need or are even bad for us.    We revel in it.

Of course then it is no surprise that there are those that want to dumb down our schools. Have them learn stupid fantasies because they are too ignorant or too lazy or both to learn the truth.

There is another quote often attributed to G. K. Chesterton.

Ignorance can be beaten.  But it is going to take a lot more work than most people are willing to do.

There is a great article summarizing what we know about Neanderthals over at the National Geographic.
http://news.nationalgeographic.com/news/2012/10/121012-neanderthals-science-paabo-dna-sex-breeding-humans/

The article it also full of great links to more research.
You just have to ignore the god-soaked idiots in the comments section.

What is interesting about this is the picture it paints for us as a species. Most animal types out there have many species that are similar, but not the same.  Think of all the types of birds, or even the various cannid types (wolves, dogs, foxes).

As humans we don't have anything so near to us, unless you want to count chimps and bonobos.
I wonder what the world would have been like today if Neanderthal had survived as an intact species.
Posted by Timothy S. Brannan at 6:07 AM No comments:

It's magical because it is invisible AND pink.

Over at my other blog, The Other Side, I am running a bloghop called Monstrous Monday.

Now to this you might say, "ah but I am an atheist, I don't believe in monsters or magic or magical monster for that matter!" which is true.  But I also believe in having a sense of humor.  So maybe my atheism message will reach another audience.

So I present to you the magical, Invisible Pink Unicorn.
Again, I presenting these in Basic Era stats to support my new books "The Witch" and "Eldritch Witchery" 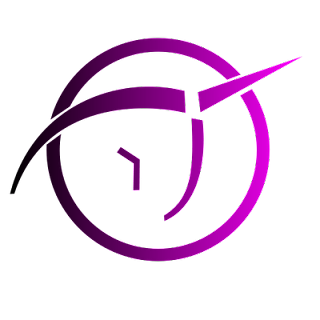 The Invisible Pink Unicorn is a unique creature.  At least we have faith she is since only one is known to exist. There could be more, they all would look alike.
As her name would suggest the IPU is invisible.  She moves, lives and attacks all while invisible.  Even to characters that can see invisible she is invisible.
The IPU can attack with a bite, hooves and her horn.  She is in all respects like a normal, non-invisible, non-pink unicorn.  She may also once per day fire a Prismatic Spray spell from her horn.
The IPU most often attacks those that lack faith or have too much faith.  Her victims seem unwilling to be clear on which.

New article at CNN.com from a Pew survey poll.

So there are more and more people self-identifying as having no religious affiliation
Mind you, that is not the same as "Atheist".

I honestly can't blame these people for wanting no part of that.  But I say why not go the next step as well a get rid of god.

There is obviously no need or use for god.
The truth is everything that people used to think was attributed to god we have found scientific reasons for.  Now it seems god is invoked only when one sports team wants to defeat the other.  God of Gaps as the say.  Only where there is something has yet to explain.

Something to consider.
Posted by Timothy S. Brannan at 3:40 PM No comments:

Why do Muslim's fear women so much?

Maybe I should say the Taliban.

But in any case the question remains.
Why do they fear women?

So a 14 year old girl speaks out about the Taliban and in retaliation her and her friends are shot.

Doe this sound like the reasonable reaction of a sane human being?
Does this come anywhere close to the discourse we should find acceptable?

These people are the lowest form of human life possible.

We have a Taliban here in America too.  They are the Christian right.  Whether they want to admit it or not they share more in common with these sub-humans than the decent people in this country.

Email ThisBlogThis!Share to TwitterShare to FacebookShare to Pinterest
Labels: religion is a mental illness 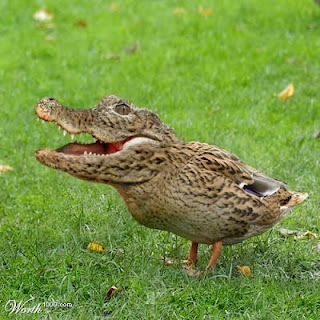