There were giants in those days...

I have to admit one of my guilty pleasures is watching "Ancient Aliens" on History Channel.  A show (and network) that takes both science and history down a back alley and executes them gang-land style.

This weekend there was nothing else on so I watched it.  This one was about how ancient aliens interacted with dinosaurs and how our ancestors knew about it.   Now before I get into that, I should not have to point out how our ancestors of even a few thousand years ago could have any better of a clue about what happened a few million years ago.  But apparently I do.

So this speculation all grows out of Genesis 6:4 "There were giants in the earth in those days", meaning the fallen angels or Nephelim or whatever.  The implication is that the "Giants" of the bible were the Dinosaurs.

It is a typical Creationism myth that humans and dinosaurs coexisted. Which of course there in not only no proof, there is substantial evidence that there will never be any proof.   Creationist though hold on to this idea for dear life since they know (correctly as it turns out) that a human coexisting with a dinosaur at 65 million years or more before would challenge evolution to it's very core.  But that is not likely to happen.

Of course this got me thinking about the other argument that creationists usually make with this verse.  The existence of giant sized humans.  I once got into an argument online with one guy about this.  It ended as these arguments often do for me; the person I am arguing with deleting all my posts and closing his site to comments.

Let's talk about giant humans for a bit.  If you have been on the Internet for a bit I am sure you have seen this picture. 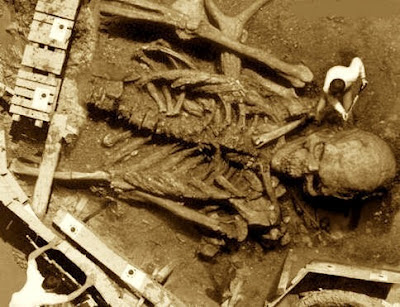 In fact I still get this one sent to me as "proof" of either the existence of giant humans (and therefore the literal truth of the bible) OR the Great Science ConspiracyTM in action to hide this evidence from the American people.

Of course neither are true.  The photo is from Cornell University and it was Photoshopped.  Here is the original. 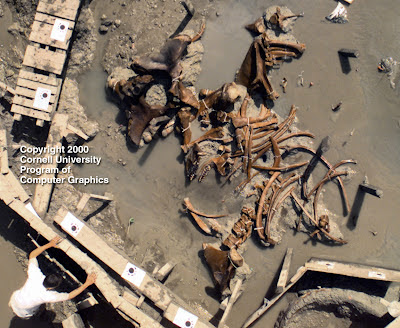 You can read more about this photo at Snopes and at National Geographic..

Here are a bunch of others, many appearing in Creationist "Museums". 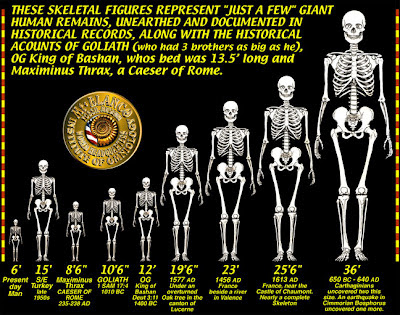 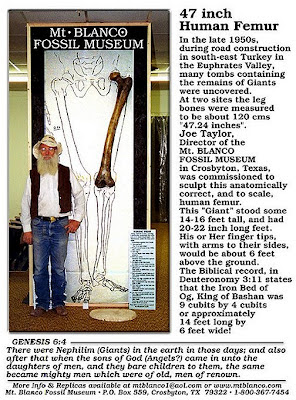 But what about the guy that decided to delete all my comments?  He said, basically, I could not use evolution, biology or Snopes to prove my point (but oddly enough he cherry-picked his arguments from all the above).  What did I finally say that made him so mad he had to delete all my responses?

I attacked his argument with math.

The trouble with giants, of any type, is they must still behave in ways consistent with this world's physics.  The rules are not different for different animals.  All physical things (living or not) behave as spelled out by the Square-Cube Law.

I won't go into detail about this, you can read for yourself, but the simple fact is a human that large would break their bones every time they walked, a bone that long can't support it's own weight.  There are long bones out there of course, elephants are a great example, but their bones are shaped different.   Galileo even drew a bone for a large human in his 1638 Dialogues.  Dinosaurs likewise have different shaped bones AND we are still discovering more and more about how their bones and structure worked.  Whales of course get the buoyancy of water to help them (which is one of the reasons why a beached whale will die on land).

This is not just simple science, it's simple math.  Yet people ignore this so they can push their own agendas or badly constructed views of the universe.
Posted by Timothy S. Brannan at 10:47 AM

Email ThisBlogThis!Share to TwitterShare to FacebookShare to Pinterest
Labels: evolution, logic, science, the bible is wrong